In Memory of
Jacqueline Jane
Giguere (Stutzinger)
1948 - 2020
Click above to light a memorial candle.
Memorial Candle Tribute From
Kandt & Tetrick Funeral Home
"We are honored to provide this Book of Memories to the family."
View full message >>>
Send Flowers
Plant a Tree In Memory of Your Loved One
Click Here
Menu 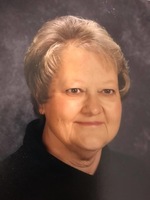 Jacqueline retired from Inver Grove Heights School District 199 where she was the nurse for 22 years at Salem Hills Elementary. Prior to that she worked at Miller Hospital, St. Paul and Divine Redeemer Hospital, So. St. Paul. She spent her summers at JCC’s Camp Butwin, MN as the camp nurse. She was part of the Friendship Ambulance team and a CPR Instructor for the American Red Cross as well as part of their Disaster Response Team.

Jacqueline had a second passion for jewelry and worked part-time for several years at Van Drake Jewelers in West St. Paul. She earned an accredited jewelry professional diploma from the Gemological Institute of America and was a member of the American Gem Society.

Jacqueline was part of the So. St. Paul Jaycees and Parent Teacher Association. She also served on the Civic Arts Commission and Mendakota Country Club Social Committee. She combined her love of music and faith by being part of the St. Paul Cathedral Choir for several years prior to becoming a member of St. Anne’s Episcopal Church Community, Sunfish Lake.
Those who knew Jacqueline recognized her devotion to Faith, love of music, and wanting to make a difference where she could by helping people in her career and community. She also enjoyed spending time with her children and grandson.