In Memory of
Vincent
Meyer
1924 - 2020
Click above to light a memorial candle.
Memorial Candle Tribute From
Kandt & Tetrick Funeral Home
"We are honored to provide this Book of Memories to the family."
View full message >>>
Send Flowers
Plant a Tree In Memory of Your Loved One
Click Here
Menu 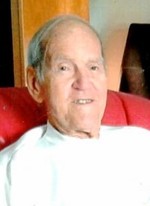 Meyer,
Vincent
June 16, 1924 – June 16, 2020
Died peacefully at his home The Commons on Marice in Eagan. Preceded in death by his loving wife of 71 years Lorna Jean (nee Sloan); daughter Barbara Jo; parents Georgina & Frederick; brothers Frederick, Benjamin, Henry; sisters Alice Meyer & Rosetta (Martin) Protextor. Survived by daughter Debbie Meyer; sister-in-law Helen (Ralph) Swanson; many nieces, nephews, great nieces & nephews and friends. Vince was born June 16, 1924 in Nestow, Alberta, Canada. The family moved to South St. Paul, MN when he was 2 and he graduated from South St. Paul High School in 1942. He was drafted in 1943 and trained in Lincoln, NE. He served in the European Theater in WW II and was stationed in Eye, England. He was a 2nd Lt. Army Air Corps, Navigator on B-17 with the 95th Bombardment Group. His group lead the first American bombing on targets in Berlin and was awarded Air Medal and Presidential Citation for meritorious achievement while participating in heavy bombardment missions in the air offensive against the enemy over Continental Europe. He was a student at the University of Minnesota before entering the service. Vince married the love of his life Lorna Jean Sloan September 17, 1945. After an honorable discharge in 1945 he returned to the University of Minnesota and completed his B.S. Mechanical Engineering in 1948. Vince joined 3M as a Mechanical Engineer in 1948 and retired as the Manager Industrial Abrasives Engineering in 1989. Vince was a member of Mizpah Masonic Lodge # 191. Special thanks to the caring staff of the Pearl Garden, The Commons on Marice & Allina Hospice staff. Private service to be held. Memorials to the Open Door Pantry, Eagan; Neighbors Inc, SSP & Alzheimer’s Association.