In Memory of
Bruce Glenn
Featherstone
1945 - 2020
Click above to light a memorial candle.
Memorial Candle Tribute From
Frontrunner Professional
"The lighting of a Memorial Candle allows visitors to leave a symbolic gesture of"
View full message >>>
Send Flowers
Plant a Tree In Memory of Your Loved One
Click Here
Menu 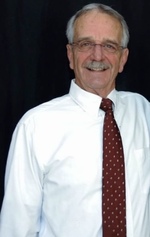 Bruce Glenn Featherstone was born August 22, 1945 in Red Wing MN to Glenn and Enid Featherstone. He graduated from Red Wing High School in 1963 and attended Mankato State University. He became a small aircraft flight instructor, a salesman at Cenex and Stanley Doors, and later owned his own business out of Prescott Wisconsin called Valley Supply. He then worked for Emerson corporation and retired in 2009.

Bruce was a dedicated husband, father and grandfather. He loved his family more than life and was so incredibly proud of every one of his children and grandchildren. Bruce was a man who was loved by all. He had countless lifelong friends, and if you had just met Bruce, you considered him a friend from that point on. His friends would recall him as a caring, happy, always smiling, and ready to sit down and have a cup of coffee with pal. A true friend that would do anything to help you out and just listen to your stories.

Bruce had a unique ability to fix and solve any problem. Whether this was car troubles, house maintenance or any mechanical issues. Bruce could fix it, solve it, build it or find a replacement for it. He had a collection of over 50 vehicles throughout his life, numerous boats, snowmobiles, three wheelers, four wheelers, scooters, tractors, golf carts, trailers; basically, anything that had a motor, he owned it at some point in his life. His endless collection of tools and trinkets in his shed was something he took great pride in. He was always willing to lend anything he had to help you fix whatever you needed.
Growing up on the family farm in Red Wing taught him the value of hard work, self reliance, fixing things when they were broken and the value of taking care of your things. Bruce was a very prideful man. Bruce loved golfing, boating, snowmobiling, flying, tinkering around in his garage and shed, washing his cars, mowing the lawn, plowing snow, and spoiling his grandchildren. His grandchildren would all agree he was a lover of sweets; ice cream especially and would never tell them no when they asked for that special treat, even if it was for breakfast.

A Full Memorial Service will be planned for Saturday October 24 at 2:00 pm. The address is 13840 Point Douglas Drive, Hastings, MN 55033. This is an outdoor venue so be prepared for weather variations.